You are here: Home » Newsletter » Dr. Joe Harless Honored by CSG Board 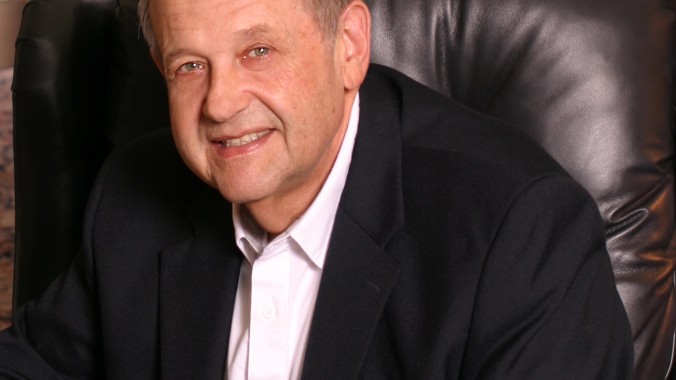 In a recent press release, Dr. Joe Harless was honored by the CSG Board in Georgia.  The Career Academy Certification now bears his name. The Joe Harless College and Career Academy Certification is a formal review process that ensures a college and career academy provides the highest standards for dual high school/college enrollment, increases student involvement and education achievement, and advances workforce development for businesses in the area that it serves.

Harless was a resident of Newnan until his death in 2012, and was nationally and internationally known for his research and developments in the field of human performance technology.  His clients included Fortune 500 companies, the U.S. military, and various governmental agencies.

In 1997, when the Coweta County School System was exploring the development of the state’s first college and career academy in partnership with West Georgia Technical College and the local business community, school administrators and local leaders asked him to chair the steering committee.  The Accomplishment Based Curriculum Development (ABCD) System, which Harless had created earlier in his career, helped to lay the innovative education foundation that led to the opening the Central Educational Center (CEC) in 2000.

“Joe said that the stars aligned to create CEC.  We know better. We know that we are incredibly fortunate that Joe volunteered and led the hard work required to create CEC,” said Mark Whitlock, the chief officer of the CEC.

Harless believed that change and improvement in education would develop from local grassroots efforts to create a systemic approach that better connects education with the analyzed needs of the local community. A critical component of ABCD was Harless’ application of the ADDIE (Analyze, Design, Develop, Implement and Evaluate) approach to systemic change in education.  Harless utilized ADDIE, in particular, in his work with the CEC steering committee.  His efforts were chronicled later when the CEC leadership wrote a manual, now used nationally, to apply ADDIE to replicate the CEC model in a way that fits a local community’s needs.

His vision and support is credited with helping to make the CEC a state and national example for advancement in education and workforce development.  The CEC has received numerous awards and recognitions over the years since it opened, including being named Georgia’s College and Career Academy of the Year in 2013.

“Dr. Joe Harless was known around the world for his groundbreaking work.  Most important, he was our friend and mentor.  He coached us to organize a joint venture that connected local business, the Coweta County School System and West Georgia Technical College to focus on a mission to ensure a viable 21st century workforce.  Joe’s work was invaluable and his intense commitment was all because he wanted to give back to his community,” said Whitlock.

At Exemplary Performance, we continue to offer Joe Harless’ workshops.