Oneida Lake – we have an SAR problem!!

You are here: Home » Newsletter » Oneida Lake – we have an SAR problem!! 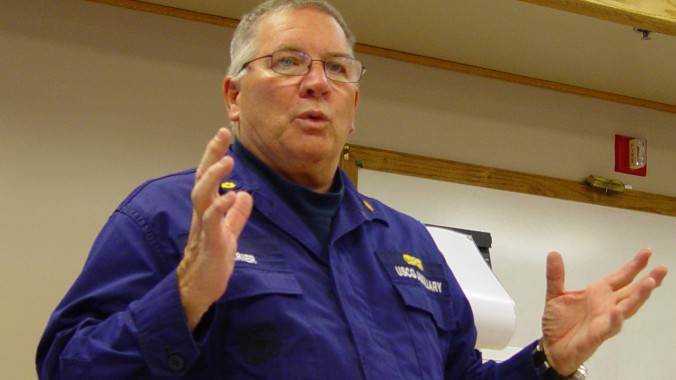 Oneida Lake – we have an SAR problem!!

Dale Currier – CPT, CEM, MEP of the USCG states that On-Water SAR (Search And Rescue) Improvement is Spelled ABCD and HPT as he reflects on the needs at Oneida Lake!!!  Imagine the response when seven volunteer fire departments, three Sheriff’s departments, and senior public safety and emergency management officials from four counties learned that on-water SAR response on the local lake needed improvement.  However, the closest Coast Guard station, some 30 miles and 2 hours away, could not provide it.  Three Coast Guard Auxiliary Flotillas around the lake were also asked to increase their support with little or no additional resources.

You know how you might feel, but think about how those organizations and other stakeholders would respond. It wasn’t “Hooray!! Tell us how and we’ll do it now!!!” It was “We’re short on resources and doing our best with what we have.”  And then, there’s the 40 years of operational independence to address.  SAR response on the lake wasn’t approached as the inter-agency, multi-disciplinary effort it needs to be – instead it was a “come with what you’ve got when called – if you’re available” performance situation.

As a Coast Guard Auxiliary member, and a long-time HPT and ABCD practitioner in my ‘other life,’ I partnered with the active duty operations training officer (OTO) on this largely stalled project.  I immediately saw an opportunity to apply a consistent approach for using these concepts and tools.  Anecdotal evidence identified “how-to-do-it” as the primary cause of the overall performance gap, albeit not well defined.  Follow-up interviews revealed that motivation to do SAR response wasn’t high for several reasons. Further needs assessment identified the following causes: No job aids; no one noticed the poor performance; no performance expectations at the worker or department level, virtually no performance feedback, and a non-existent SAR response plan at the department or regional level. There was a ‘full-house’ of opportunity for an HPT intervention!

The use of SAR–themed exercises allowed the participants to identify their own performance gaps, at the worker, unit/department, and regional/lake-wide levels. With some guidance on potential performance solutions, the leaders of the various first response departments identified which interventions they were willing to try, with high expectation of successful implementation. Sixteen months after HPT processes were introduced into the project, an on-water SAR exercise was conducted to test the changes that were made in a real-world application.

Improved performance was obvious and well-received by the participants. The participants identified specific actions (e.g. creating a lake-wide SAR plan that all response groups worked to create) and implemented a common communications plan for SAR response. In the past, with less than ideal resources and tools available, the best performers found workarounds to fill the performance gap as best they could. Now, they had a consistent approach to identify actions they need to take, to maximize the performance improvement potential available.

While enhancing public safety capabilities at all organizational levels is important, practitioners hope they aren’t called to use them in real incidents. During the last boating season, responders were called upon to use their new skills and operational processes, with greatly improved performance that has been noticed by the many stakeholder groups. The next step? Use the ‘hard water season’ (winter) to conduct internal benchmarking to see what works best in their locale and available resources.  HPT is now a key partner in central New York maritime SAR operations.  HPT became, and still is, the ‘glue’ or ‘tie-that-binds’ the Coast Guard, CG Auxiliary and the local responders together for SAR response. 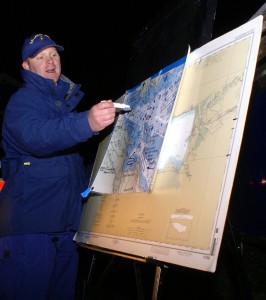 The photo was taken by Robert Stronach -  USCG AUX